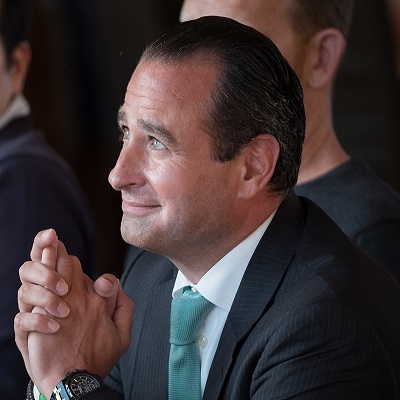 Marco Rodzynek is Founder and CEO of NOAH Advisors Ltd. and NOAH Conference. He has over 16 years of investment banking experience covering the Internet and media space, having started his career at Lehman Brothers where he was the Head of European Internet Investment Banking. Since early 1998, he has been involved in 50 announced M&A deals with a total transaction value of over $100 billion and worked on 10 capital market transactions which raised $16 billion. In 2009, Marco Rodzynek founded NOAH Advisors, a Pan-European Internet-focused corporate finance boutique. In 2014, NOAH Advisors most notably closed the $800m sale of Fotolia to Adobe, the sale of Facile.it to Oakley Capital, the $230m sale of Yad2 to Axel Springer and the €80m sale of Trovit to Next Co.

"What matters is how online you are”: Five Questions to Marco Rodzynek, Founder of the NOAH Conference