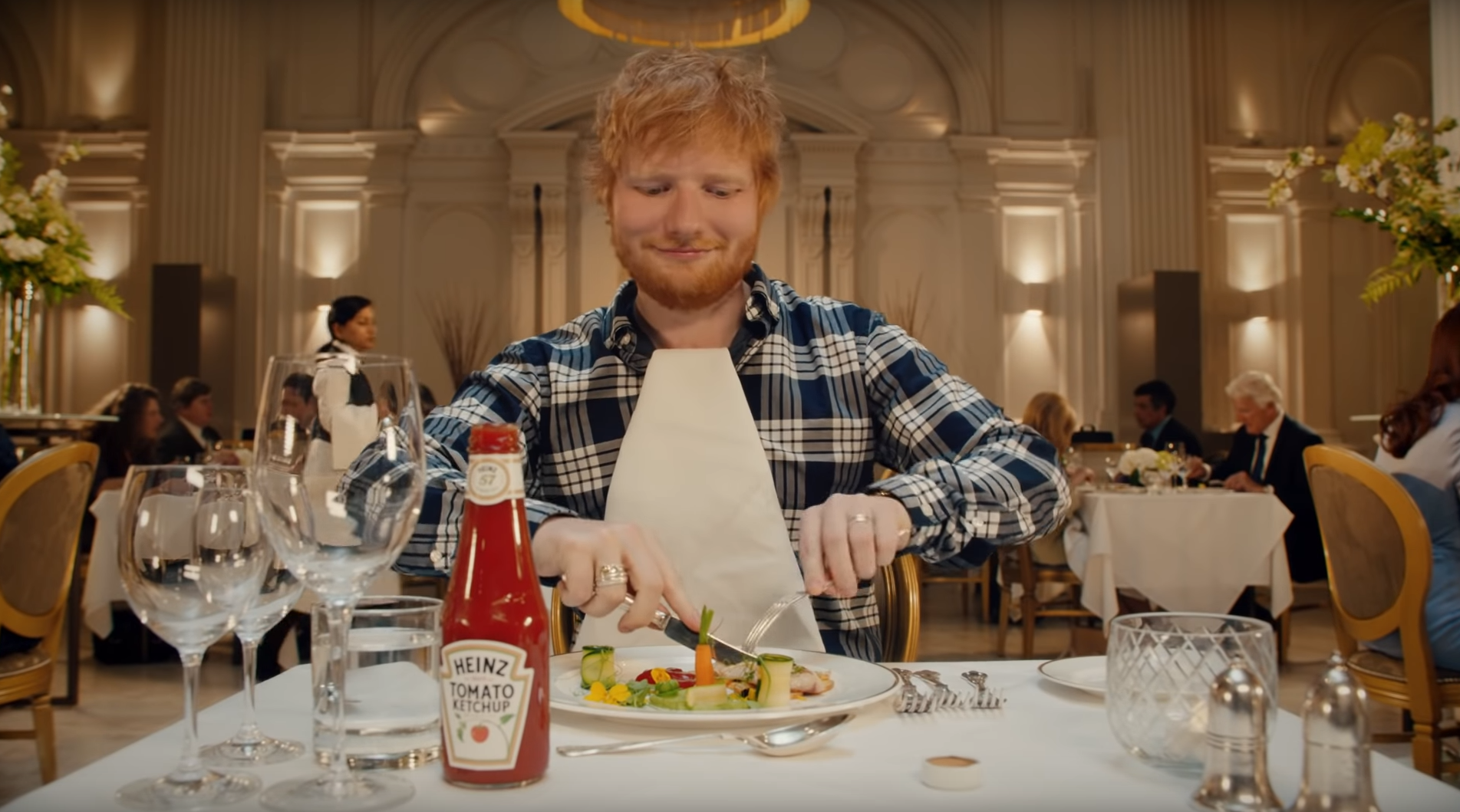 Every month Oliver Dietrich offers his feedback on recent marketing campaigns and what start-ups, new brands and companies planning TV campaigns can learn. Today it‘s a fresh topic: celebrity testimonial and brand. Clients often ask me about celebrity testimonials. They are great for TV commercials, should we do it? I like him and her. My answer is always: mmmh. It depends. On the brand, its strength, brand awareness and above all on the celebrity testimonial itself.

Not every storyline has to be revolutionary and new. If it’s well told than that’s half the battle won. If the celebrity testimonial and brand fit together, then it’s really quite effective..

Emotional storytelling with celebrity testimonials are only meaningful and believable when the product and the testimonial also display these characteristics.

Better more market research than fast-won euphoria over a TV spot featuring a celebrity. If the celebrity doesn't match the brand, it can all go up in flames.

Heinz Ketchup is a legend and market leader. But any leader position must be defended. The competition has woken up and new, small, scrappy and above all trendy ketchup manufacturers are bringing their natural, non-industrial varieties onto the market. So it is easy for a brand like Heinz to suddenly become old-school and out of fashion. They have to be constantly showing their strength.

To stay in the conversation, maintain and expand their lead, activate their core target group, and reach out to and persuade new target groups.

And with a celebrity campaign that does all this and more. And who should lead it? Ed Sheeran. Sounds good to me. You believe him. It works really well as a advocacy campaign for Heinz Ketchup.

This issue is elegantly circumnavigated by Ed Sheeran who – as both narrator and advocate - makes clear straight away that he was the one who contacted Heinz with a spot suggestion for their ketchup because he thinks it's great. And then he tells us what his spot - which we are watching - might look like. Nice twist. Not new, but nice.

Storyline somewhat predictable, but with a wink and a nudge: Ed Sheeran comes to a fancy restaurant, all fancy, but boring. Food comes and then... well, what does he always have with him everywhere he goes? Yep, you get the idea.

And despite the whole Ed-Sheeran-narrates-his-own-TV-spot wonderment, the product doesn't get a raw deal. The typical multi-bottle-shake until something comes out is clearly and charmingly integrated.

With imaging that suits the storyline, convincing acting and good casting, the agency (David The Agency) and production (Smuggler) deliver a good spot and resist the temptation to become all too focused on the great Ed Sheeran.

Hot. Just a bit. More lukewarm. Beautifully done, entertaining and also believable. That's exactly what a testimonial spot should look like. But also leaves us with the feeling of predictability, of having seen all of this somewhere before.