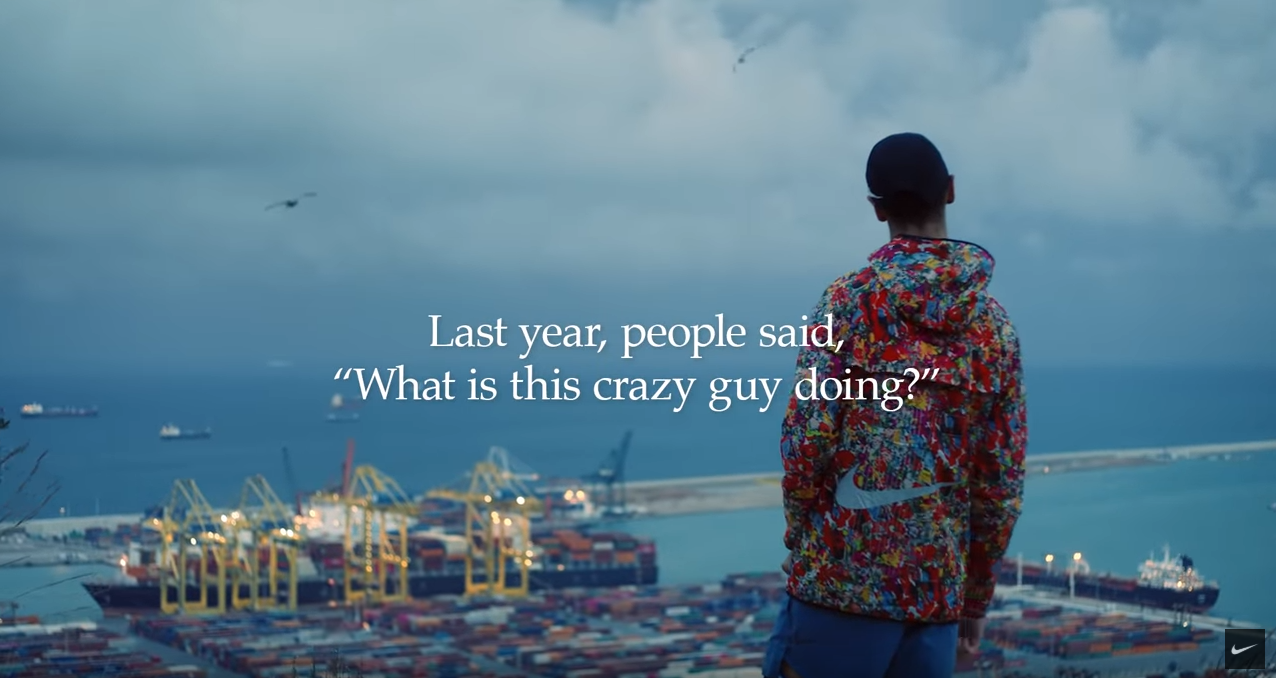 Every month Oliver Dietrich, Director of Creative Ideation at ProSiebenSat.1 and NuCom Group, offers his feedback on recent marketing campaigns and what start-ups, new brands and companies planning TV campaigns can learn. This month we are talking about a concept which has come under considerable strain in times of channel diversity, platform transformation and disinformation, one of the great buzzwords of digitalisation, one where everyone nods in agreement: it is about brand attitude and values. It's about outlook on life. And for whom does this concept work particularly well? Correct, brands in the lifestyle segment.

Successful brand management is only possible if you understand what really moves people.

A brand which integrates attitude and values into its identity should be measured by them.

Moving images have the emotional power to tell great brand stories movingly, credibly and in a short space of time.

Nike, launched in 1971 as a sports shoe manufacturer, is one of today‘s major players in the global sporting goods market. Why? Because Nike was the first company to understand that this market could be transformed and expanded into the lifestyle market.

It's a film about determination. A determination that is greater and stronger than you can imagine - and yet real. A film about the determination of Alex Roca Campillo from Spain who suffers from cerebral palsy, a movement disorder caused by early childhood brain damage.

Alex mastered the Titan Desert Race 2019, a 600 km long, relentless cycle race through the Moroccan desert, after he had to give up the same race in 2018 after 300 km.

The film is directed by Clara Tägtström and she found the right pictures. Emotional, yes, but not kitsch. Close to the subject, but still respectful. Accepting and appreciative, but never exaggerating.

These elements make this film stand out from other diverse and often very good films in the Dream Crazier series. It is refreshingly real and clearly executed and reduces the brand to its very essence. To what is important in life and how to put this into action.

Hot. A film that reminds us what life is all about. And a brand that understands that this is exactly what success means. Today and in the future.

Campaign: Nike - Never Too Far Down