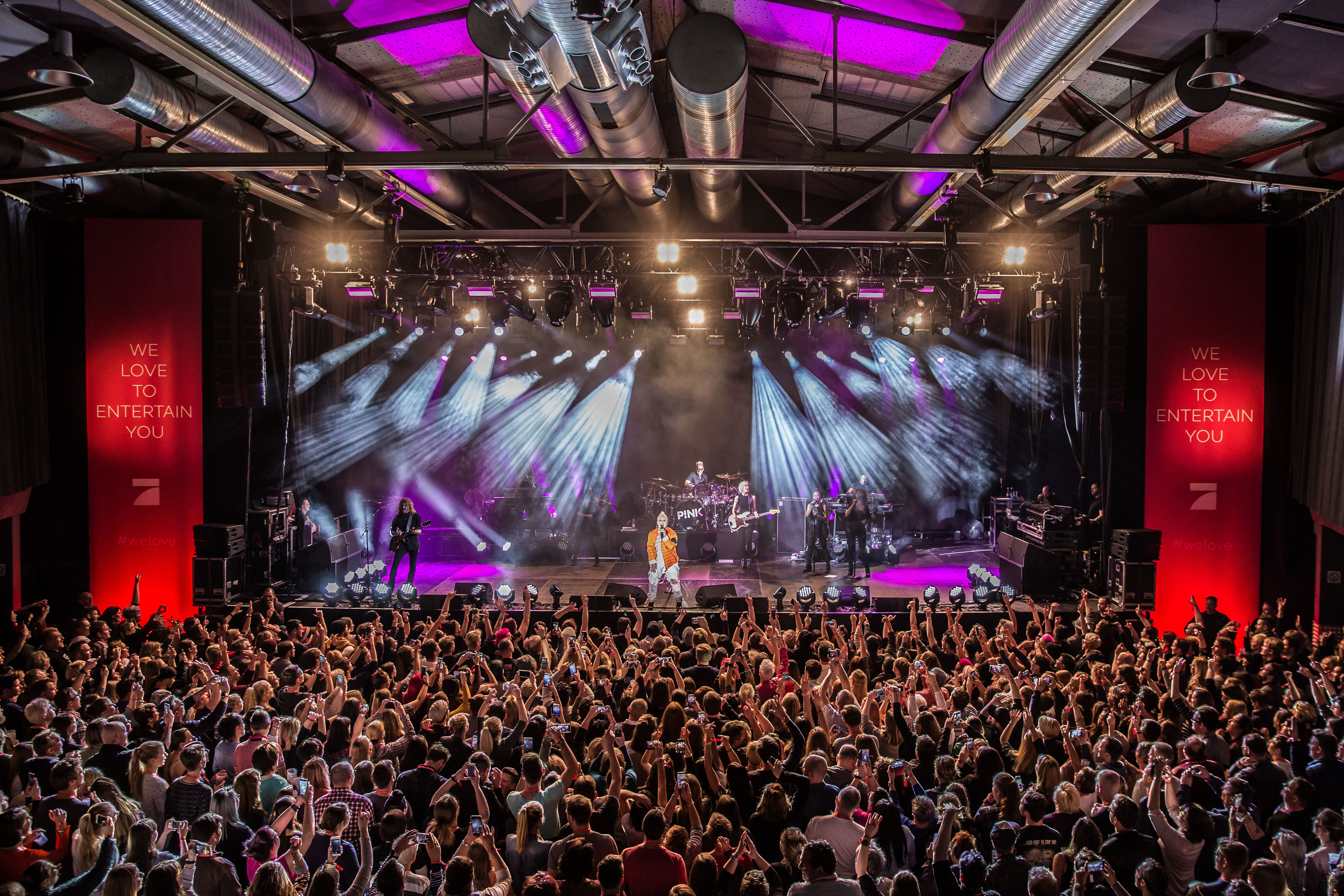 P!NK, Robbie Williams, Rita Ora: PROSIEBEN IN CONCERT has been bringing world stars to fans in Germany since 2017. With this concert series ProSieben is engaging new target groups and transforming itself from TV channel into an international entertainment brand.

What is PROSIEBEN IN CONCERT?

Several times a year ProSieben puts on intimate concerts with world famous top acts for only a few hundred fans – known as PROSIEBEN IN CONCERT. Megastars like P!NK, Robbie Williams, Rita Ora, CRO and Sarah Connor have performed since the concert series began and four more concerts are planned for 2020. Fans enter a competition on the ProSieben site to win free tickets and momentum is built via social channels and TV prior to the event with concerts broadcasted on TV and on livestream.

There was a time when all we did at ProSiebenSat.1 was TV channels. As this has changed and our offering has broadened, so has our entertainment brand. In addition we recognise that younger people in particular are watching less linear TV than their older counterparts (and in fact they are watching in different ways). We needed to find ways to improve and develop the connection of the ProSieben brand with younger age groups.

Enter music. ProSieben has always stood for the best entertainment and stars and for years ProSieben is fascinating with talk-of- the-nation music shows. We felt that a concert series would offer people both an unforgettable experience and would also improve people’s association with the ProSieben brand.

How does the brand benefit from PROSIEBEN IN CONCERT?

We choose only the top stars whose brands fit perfectly with our own. We have also purposefully focussed on the younger target groups with artists like Kontra K for example, a huge YouTube star and German rapper popular with the younger generation.  Many people over thirty won’t have heard of him but his music dominates the charts. Now a new group of young people now associate the ProSieben entertainment brand with Kontra K, building entertainment credentials among young people. Similarly PROSIEBEN IN CONCERT with P!nk in 2017 successfully reached over 17 million people in the 14-49 year old age group, all through social and online impressions, video content, TV ads and editorial contributions on shows including taff and red. And of course the concert itself.

We keep the concerts small on purpose (with only a few hundred free tickets available). Why? This small, intimate audience with your favourite star becomes a money-can’t buy-experience. The “I was there” feeling. Fans enter a competition to win free tickets so luck plays a big part in eligibility to attend. And this drives the excitement: Sarah Connor and Robbie Williams’ concerts saw 16,000 and 8,000 people applying respectively. Chances of winning a ticket are slim and only the most special, dedicated and luckiest fan gets to go. Many brands, not just ProSieben, are realising that this kind of brand experience builds a real emotional connection with customers.

Why is PROSIEBEN IN CONCERT the ideal advertising space?

A pleasant side effect to the popularity of PROSIEBEN IN CONCERT has been the interest of advertisers. Our reach and range of contents mean that diverse sponsors, currently Wodka Gorbatschow, have many exciting environments for the placement of their brand, and, of course, being associated with top stars is always attractive. The stars also benefit: working with us on PROSIEBEN IN CONCERT guarantees tour and music promotion alongside promotion of the concert itself.

PROSIEBEN IN CONCERT is a great example of how the ProSieben brand is transitioning to an entertainment brand. With our association with top music stars we are creating brand lovers and new touchpoints among the 14 – 29 age group.

Brand Building “Consumers no longer buy a product for its own sake, but for the feeling its brand conveys."